Floricultura launched the Phalaenopsis Flowerful series today. It is a series of unique varieties which can easily be compared with an impressive bouquet. That’s the essence of Flowerful.

‘With the varieties of the Flowerful series, Phalaenopsis growers can take on the competition with cut flowers’, Ronald van Geest, CEO of Floricultura, explains. ‘The plants have all the characteristics of a full bouquet but will have a much longer flowering period. The first Flowerful series will include seven varieties, of which Angel Eyes (3678) is an absolute eye-catcher.’

Third series
Flowerful is the third series Floricultura launches. Lingua (big-lipped varieties) and Elastica (flexible and cascade varieties) have been introduced earlier. ‘Floricultura continues to innovate because we are convinced that this will offer added value to our customers’, Van Geest says.

Limited edition
Varieties from special series such as Flowerful will enter the market in a limited edition and a controlled way in the coming months. ‘In this way, we prevent overproduction, cost erosion, exchangeability and it offers our customers and their chain partners guidance to set their margins’, Van Geest continues. ‘And special orchid varieties will retain their added value.’ 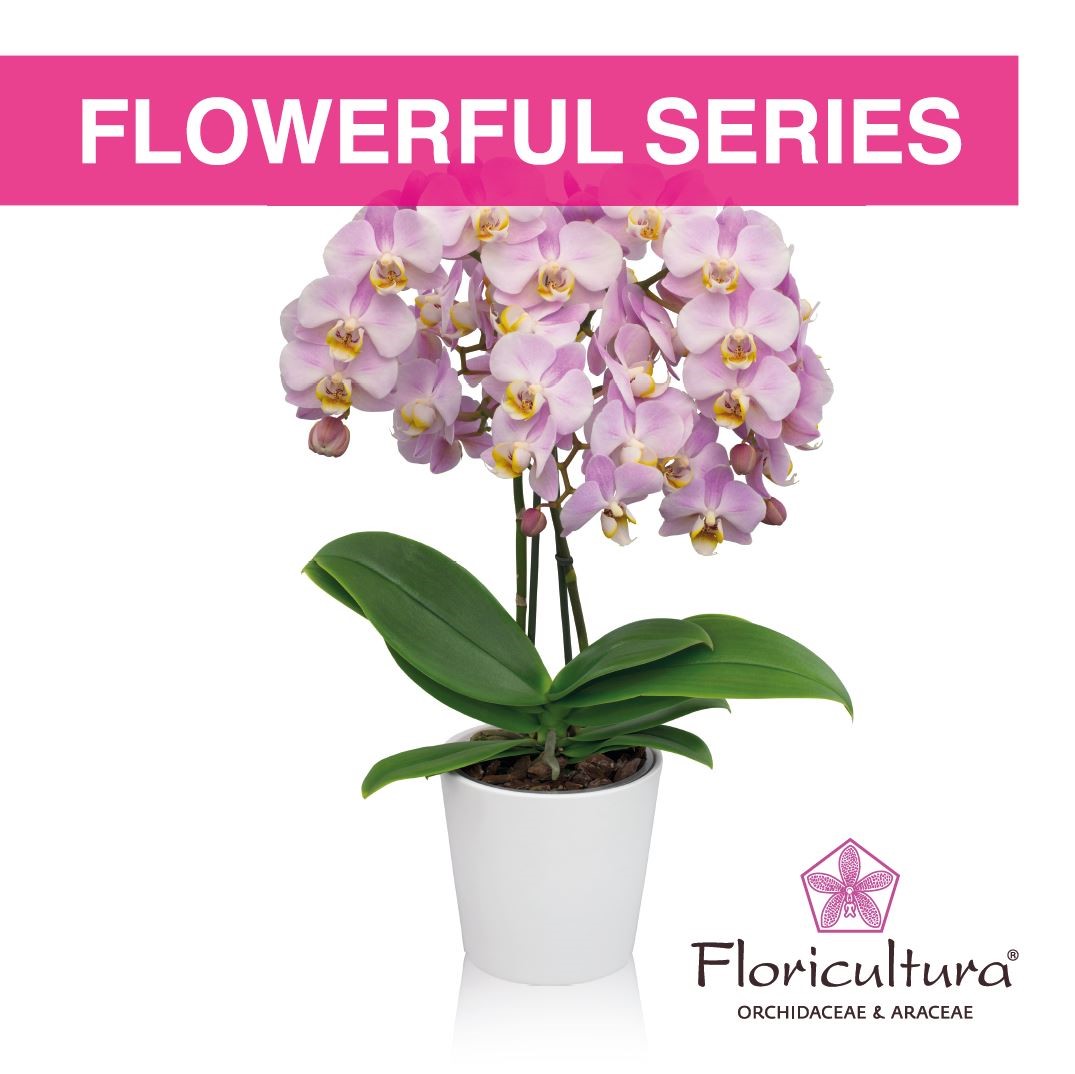